Yo, this is not a book review but a reading note to fixate thoughts, with pg’s "keeping a trace of previous brain compilations" mindset, and in Sivers’ style of compressing knowledge into directives.

I have a few of these notes, or go back to the homepage. 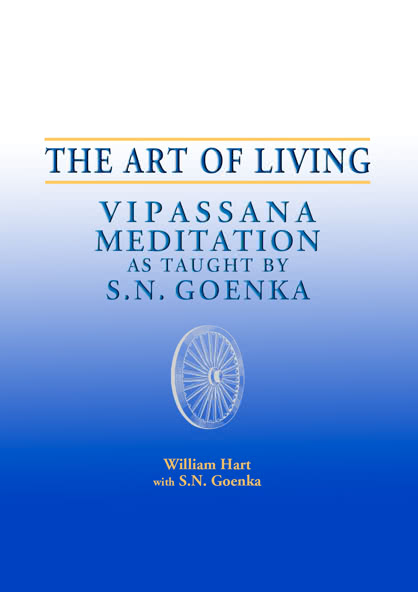 TL;DR: it was as difficult as worthwhile, and taught me 1. a lot about myself, 2. some useful skills and discipline. For more, read the rest.

In October 2017, I did a 10 day Vipassanā meditation retreat at the Suttama centre of Montebello, Québec. I went to deepen a nascent meditation practice, and to dig some Buddhism bits. Wikipedia does a good job at summing up the main promise:

Vipassanā-meditation uses mindfulness of breathing, combined with the contemplation of impermanence, to gain insight into the true nature of this reality. All phenomena are investigated, and concluded to be painful and unsubstantial, without an immortal entity or self-view, and in its ever-changing and impermanent nature. [...]

So, although not a book, I'm archiving here my experience of the course as a book note because, like a book, it's an experience whose absorption depends a lot on the absorber's context and mind state, and will be "compiled differently" should I want to try it again in the future (I might, first as a cooking servant). I have not read Goenka's Art of living yet.

Starting point: had been practicing meditation for one year, with daily 20 min. sessions on mindful respiration/Ānāpāna app Headspace, and considered myself ripe for more. Three friends had tried Vipassana retreats and enjoyed the experience, so I gave it a try. For those unfamiliar, be sure to skim the Wikipedia article, and here are course basics as summed up by Vipassana for hackers:

During the course you are not permitted books, phones, talking, looking people in the eye, touching, making sounds, snacks, music, or writing.

Meditation will consume approximately 10 to 11 hours per day.

Days 1→4 were okay as I was very permissive with stretching regularly, but the Adhiṭṭhāna sessions (one hour of uninterrupted meditation, without moving hands or legs) starting at day 4 grew painful over days 5→7. Two pains intertwined:

I guess I'll never know if 2. was just bad technique and lacking knowledge of my body, or a manifestation of my own stress and my resistance to pain bringing more stress. Both, I think, and 2. made me consider my sensitivity to cold might follow the same path: it's cold → I notice it and keep mumbling to myself how cold it is → it's even colder. (Re-)trying some yoga might be a good addition.

Revealing your good, bad, and ugly

Then I won't even qualify the bad as such, because it feels good to see ugly so close and clearly, look at its face, and know you'll remember it for quite some time. But the combination of:

... means the slightest hitch (like my physical difficulties above, or a session you considered disappointing) makes you fall hardhard emotionally. Back to work, colleagues ask me if my meditation thingie was relaxing. Ha; was not, I reached levels of stress and anxiety never experienced before.

For me, that was feeling like a failure, and anger about being unable to let go (anger about anger! Achievement unlocked! We Need To Go Deeper™), for you it will be something else and alrighty let's continue the chat with our respective shrinks.

The feeling of failure engendered by my sitting difficulties made days 7→9 particularly stressful and agitated. Being aware of the resistance (as complete opposite to the equanimity Goenka spent his time explaining), feeling its presence, but at the sametime judging myself unbearably incapable / slow at letting it go.

I spent most of my meditation time during these days instead walking the adjacent forest path, not meditating but just feeling the fresh air, calming down and trying to get back to simple anapana, and later on vipassana. Got there for a few moments at days 9 and 10, during which I was able again to do some meditation.

I had been getting interested in Buddhism for a few years but had until then mostly failed to grasp it, probably due to looking at overly-philosophical books. Contrarily, the enthusiasm and playfulness of Goenka's evening talks goes down like a treat (more on the risks behind that later). My current self enjoys:

I was amazed and mildly worried by the amount of dedicated vocabulary. Amazed these practices were so important to that culture for it to need those words, and worried after all it's jargon that obfuscates and mythologizes. –A fellow student remarked a linguist would surely have things to say about the density of our own occidental lexical field around speed, control, productivity–. Important pieces:

On concentration and these weird constraints

The course starts with Goenka asking us students to "suspend judgment, and give a fair trial to the technique". And he does well, because the list of restrictions during the course is long:

Goenka explains the rationale for these frequently, but it's when the talking ban is lifted on day 10 that it becomes crystal clear: you cannot do a good job at meditation with students chatter in mind, your mind races to what you said and how it was perceived and this person's judgment and that person's counter-argument. And you came to meditate, right?

Thus, the list above. These restrictions are not arbitrary and not punishments, they're here to help, as a framework to let you focus on your meditation.

Also, although uninterrupted Ānāpāna (focusing on respiration) was easy, I found it hard to stay focused on the "sequentially examining body parts" Vipassana technique. The best metaphor I found is that for me it felt like turning pages a comic book with only the cartoon boxes (no drawings, no text): I knew these boxes were of different shapes and sizes and could recognize them as such (I could feel sensations, even occasionally some "subtle" ones in Dhamma-speak), but it doesn't change the fact that I couldn't find an interest in them; feels like it was too "abstract" to my mind, which quickly wandered to anything else.

It was difficult for the analytical being I am to maintain a trustful outlook on Goenka's talks, for a number of reasons:

All these made me wonder how I'd answer to someone saying Vipassanā is no better or worse than <insert harmless spiritual organization with a value set you despise>. Vipassanā is clearly not a cult (in French, a harmful secte, with its legal definition of "organization abusing the vulnerability of targets, especially children and distressed persons"), it earnestly wants to teach you a few useful skills, doesn't harm, doesn't extort money, and I found it (as organization and through its volunteers) remarkable in goodwill, morality, rationality, honesty, openness. But yes it's a sect as "organization that breaks away from a larger one to follow a different set of rules and principles". A good reminder to keep questioning the organizations and systems we work/live in (read DFW's This is water), e.g. the private company and neoliberalism.

Nothing very new here, perhaps what shocked me the most is the anti-religion atheist bastard I am started finding a sect to his liking.

Finishing this note, I felt a need to go peek at my little corner of the interwebs and see what other like-minded people found out. Googling HN/vipassana and github/vipassana,

Comments and feedback welcome @ronjouch or by email.